If you’ve been following our Twitter and Facebook social media channels, you may have seen our coverage live from CES 2015 that’s currently ongoing in Las Vegas. One of my first stops this year was BenQ’s new exhibit area, which was a noticeable upgrade from the small room used during CES 2014. BenQ had five monitors on display, including some we’ve already reviewed such as the XL2430T. Two of these monitors are new additions to their existing library, and will be arriving for sale as soon as late January. 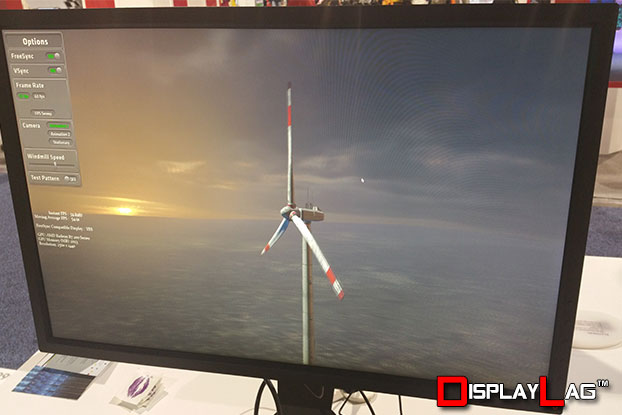 The BenQ XL2730Z is a WQHD 144z monitor that supports AMD’s FreeSync.

The main attraction for BenQ’s new gaming monitors is the XL2730Z. This monitor supports a maximum refresh rate of 144hz, and features the bells and whistles you’d come to expect from a serious gaming monitor: 1ms GTG response time, TN panel, and low input latency. The main selling point of this monitor is the support of Adaptive-Sync technology, which is AMD’s answer to Nvidia’s G-SYNC module. For those unaware, G-SYNC and FreeSync are an absolute must for PC gaming, replacing vertical sync to provide stutter-free gaming experiences, without the drawbacks. The XL2730Z features a WQHD 2560 x 1440 resolution, which is quickly replacing 1080p as the standard resolution in higher-end monitors. It features the redesigned S. Switch that was first implemented in the XL2430T: a circular device that sits on the base of the monitor’s stand to allow faster control of the OSD. A host of inputs are available too, including dual HDMI inputs, D-Sub, DVI, and DisplayPort. It’ll be releasing quite soon too, expected to hit retail around late January-early February.

Finally, a size upgrade to the popular RL2455HM! Several of our readers have purchased the RL2455HM for its low price, low input lag, and 1ms GTG response time. In many ways, the RL2455HM is a great entry level monitor for those that wish to experience low latency without breaking the bank. BenQ have decided to unveil a 27″ version of the RL2455HM at CES 2015, now known as the RL2755HM. It’s primarily designed as a monitor for console gamers, capped at a 60hz refresh rate and 1080p resolution. Upgrades have been made to the monitor’s aesthetics, including a brand new stand made of sturdier plastic, when compared to the previous RL2455HM. One cool feature about the stand is the ability to rest a console controller on it’s groove, a small but useful feature for those that suffer from cluttered desks. Dual HDMI inputs are present to hook up your PlayStation 4 and Xbox One gaming consoles. Expect the RL2755HM to start shipping later this month. 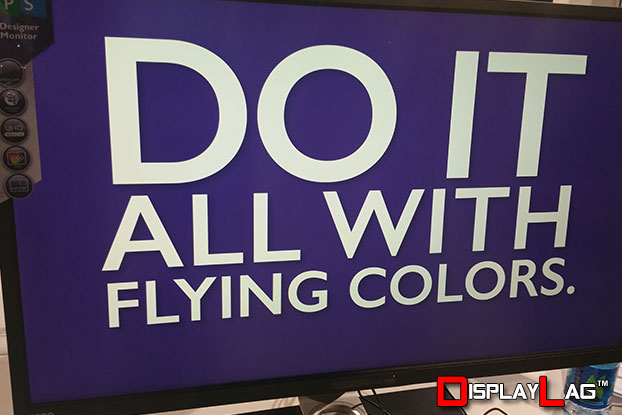 The BenQ BL3201PH is meant to replace the BL3200PT, with an upgraded 4K UHD IPS display.

BenQ’s BL3201PH is the successor the BL3200PT CAD design monitor that we reviewed earlier this year. There haven’t been many changes to the overall design and feel of the monitor, however this newer model now utilizes a 4K UHD IPS display, instead of the previous WQHD VA panel. The IPS display should provide more accurate colors over the previous BL3200PT. It retains its massive 32″ frame, and features the same OSD controller used in the BL3200PT. It features a 4ms GTG response time, 60z refresh rate, and 100% sRGB support. Every major input connection is supported, including two HDMI, DisplayPort, and DVI. A USB 3.0 hub is included to support USB devices. This monitor recently hit retail last month in December 2014. 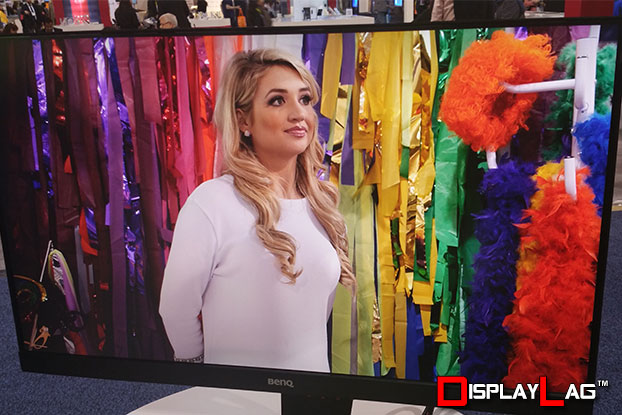 The BenQ SW2401PT is rather captivating, lacking a large bezel and housing a 2560 x 1440 IPS display

BenQ’s SW2401PT is a very attractive monitor; it caught my attention rather quickly due to it’s minimalist bezel design. The SW2401PT is another monitor aimed at graphic design professionals, featuring support for 99% Adobe RGB with a 2560 x 1440 WQHD IPS display. It’s a 24″ monitor with support for 14-bit 3D LUT and Delta E<2. In terms of input connections, HDMI, DisplayPort, and DVI are available. It also features a USB 3.0 hub. A special black & white mode has been implemented to aid editing of black & white images. Like the BL3201PH, this monitor also features an OSD controller for quick operation, and was also released late last year with a MSRP of $499. This wraps up our quick look at BenQ's monitor offerings at CES 2015! Stay tuned for more CES coverage to be posted throughout the week.