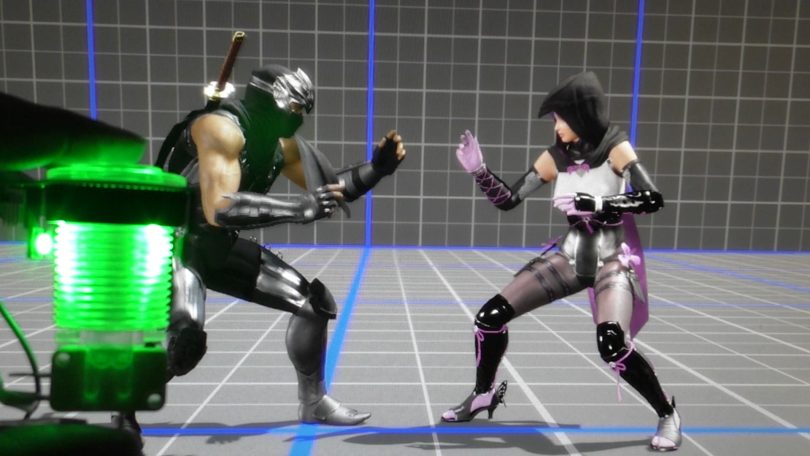 With the imminent release of Dead or Alive 6 on March 1st 2019, it’s an exciting time to be a Dead or Alive fan. Even though it’s only a week away, Koei Tecmo was generous enough to give a stacked demo that also features an offline training mode.

I managed to test the input lag of the DOA6 demo on the PlayStation 4 Slim console, and unfortunately, it’s quite a regression from DOA5: Last Round. We previously tested the PS4 version of DOA5: Last Round to feature approximately 5.4 frames of input lag. While the fastest fighting games tend to hover around 4 frames of input lag, DOA5 isn’t far off from them. The game also has many more animation frames for its attacks compared to most 2D fighting games

For those unaware with our input lag testing process, here’s a summary:

Dead or Alive 6’s Deluxe Demo features approximately 8 frames of input lag, which is a significant jump from DOA5 Last Round. For comparison’s sake, I retested DOA5 Last Round today and ended up with an average input lag of 5.2 frames, which is still within margin of error of our previous DOA5 Last Round input lag test. All equipment was identical across both games when tested. Please keep in mind that monitor latency was not removed from these numbers, which amounts to roughly 1 frame of input lag on its own. We used the BenQ RL2460, which is the tournament standard monitor used across most fighting game major events.

That’s almost 3 frames of additional input lag over DOA5 Last Round. With that said, this is still a demo distributed mainly for online testing, so there’s a chance that the final release will have lower input lag. It’s hard to say how far along this version of the game is. Hopefully Team Ninja can reduce input lag further to improve the overall gaming experience.

Additionally, input lag was measured across other consoles as well, including the PlayStation 4 Pro, Xbox One S, and Xbox One X consoles. All consoles were set to 1080p output resolution. To see how the PS4 Slim console compares to them, check out the numbers below:

These numbers were calculated as an average of 20 button presses. While the Xbox One consoles edged out the PS4 systems in this test, it’s very important to note that DOA6 has unstable input lag regardless of console. This means that your button input can take anywhere from 6 to 8 frames before it registers on the screen. If tested over a much larger sample size, it’s very possible that both systems would perform similarly. The Xbox One consoles had inputs that registered on the 6th frame, 7th frame, and 8th frame, for example.

It’s also important to note that there is noticeable slowdown in some stages on the PS4 Slim and Xbox One S console, particularly on the “Forbidden Fortune” stage. Frame drops and slowdown were extremely visible on the weaker consoles, and had a noticeable impact during gameplay. This also affects input lag, with buttons registering even slower than the results above during these slowdown periods.

You can compare the DOA6 demo to several other fighting games in our video game input lag database.

Also, be sure to check out our display input lag database if you’re interested in upgrading your TV or monitor!