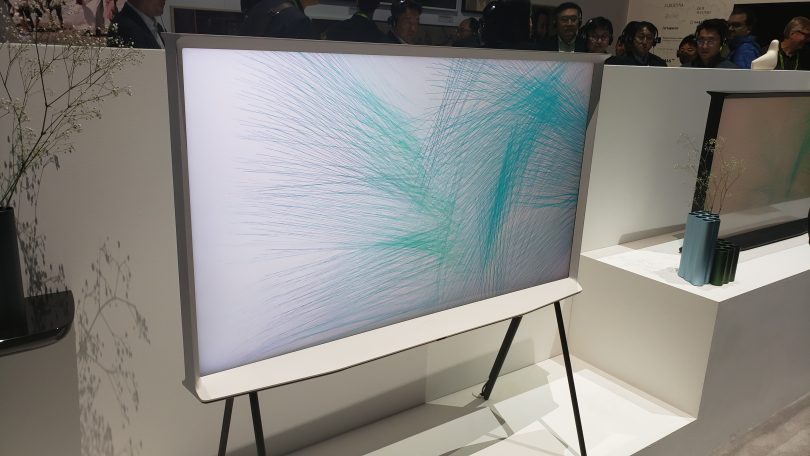 Samsung just announced more details about their 2019 TV lineup, comprised of various 4K and 8K TVs. During my time at their booth at CES last month, details on their mainstream QLED models were quite limited, with the Q90 being shown to journalists behind closed doors.

There’s a whopping 41 models to be released this year, however the meat of Samsung’s lineup will always be their flagship QLED lineup, which tend to offer better picture quality over their entry-level LED models.

Here is a handy chart that details the new 2019 models for this year, courtesy of CNET:

The Q900R was released last year in 65, 75. and 85-inch screen sizes, and the 2019 models of their 8K lineup adds additional 82″ and 98″ screen sizes. However, while 8K will eventually become a standard, it’s difficult to recommend them at the present time, due to the lack of native 8K content and their price premium over 4K models.

The mainstream 4K QLED lineup focus on the Q90R, Q80R, Q70R, and Q60R. These models effectively replace last year’s Q9FN-Q6FN models, with significant improvements across picture quality and viewing angles. Additionally, Samsung will continue to offer FreeSync in these models, which is a big deal for serious gamers.

The Q90R and Q80R will feature Samsung’s newest Ultra Viewing Angle technology, which aims to drastically reduce washed out images when viewed from wide angles. This is a common problem with most LED TVs on the market, as it makes for a poor viewing experience for those not sitting in the center.

While this won’t extend to the Q70R, the Q70R will receive full-array local dimming this year, which should increase its contrast ratio and allow for better black levels. Last year’s model only featured edge-lit local dimming.

The Q60R will not receive full-array local dimming, which makes sense as its the entry level QLED in Samsung’s lineup. It still, however, will offer FreeSync capability, so if picture quality isn’t on the top of your list, I fully expect this model to still offer low input lag and a solid gaming experience.

Samsung’s 2019 QLED models will also feature Real Game Enhancer. It’s designed to improve visibility in dark scenes, which sounds quite similar to features in most modern gaming monitors. Samsung describes it below:

To beat the competition, you have to have full control. Dynamic Black Equalizer gives you better visibility in the dark and uses detailed scene analysis to optimize image quality. It can even enhance the sound, so you can immerse yourself in the game.

If you really want to save some cash, Samsung also announced the RU8000, RU7300, and RU7100 models to replace last year’s NU series. These are edge-lit LED TVs that come in a variety of sizes, and omit some of the high-end features found in their QLED lineup.

Samsung hasn’t provided any official details on this year’s input lag numbers, so I’m hoping that they will continue to reduce it in 2019. FreeSync and auto game mode are making a return, so its clear that Samsung is still focused on providing a great gaming experience.

We will be sure to update these new models into our input lag database as soon as we can!