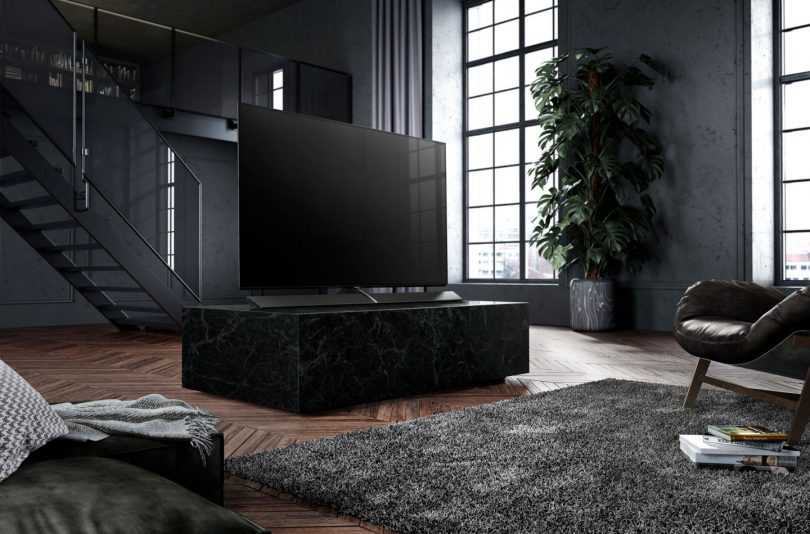 It’s been a while since Panasonic claimed a significant headline in the TV space. While LG has been pioneering the OLED space before other manufacturers, the advancement of the technology is finally reaching mainstream levels. Multiple manufacturers have OLED displays to show off at CES this year, and Panasonic is ready to join the fray. The 65-inch EZ1000 is the company’s second OLED HDTV, and promises to focus on maximizing picture quality and accuracy.

Many customers lamented when Panasonic discontinued their plasma television line, as plasma HDTVs typically offered the best black levels, response times, and color accuracy. The EZ1000 aims to restore faith in Panasonic’s Viera brand by bringing many of those traits to the new generation. According to HDTVTest, Panasonic promises a maximum peak brightness of around 800 nits through LG’s WRGB OLED panel, with nearly 100% coverage of the DCI color space.

The internals are also making large improvements, as the EZ1000 features Panasonic’s newest HCX2 video processor, the most powerful one they’ve ever planted into a consumer television. Panasonic mentions that this processor will aid in providing “Delta Zero Accuracy” via 3D LUT tables. The panel features an “Absolute Black” filter to greatly improve perceived black level by negating some of the effects of ambient light and reflections. Some current OLED HDTVs suffer from a reddish/magenta hue to their black level while in bright environments.

The EZ1000 will support HDR10 specification and Hybrid Log Gamma for HDR content, and will feature a substantial amount of audio. Panasonic has commissioned audio brand Technics to produce a “Dynamic Blade Speaker” for the EZ1000, that houses 14 speaker units including 8 woofers, 4 mid-range drivers, and 2 tweeters. Now there’s a good reason for your neighbors to call the cops. But as far as gaming goes? Here’s hoping Panasonic doesn’t bog down this amazing television with horrendous input lag! The EZ1000 is scheduled to launch in June 2017.