This BenQ XL2730Z gaming monitor was provided by BenQ for review purposes. I will be reviewing the build construction, picture quality, and overall technical performance of the XL2730Z.

For a while now, Nvidia’s G-SYNC technology has changed the entire PC gaming landscape. Prior to G-SYNC, gamers had to deal with the issues associated with traditional V-Sync, including stuttering and input lag. The main downside to G-SYNC was the requirement of an Nvidia graphics card, which fragmented the userbase of adaptive refresh rates. AMD has been a little slow to respond, however this is the year where FreeSync is finally available to Radeon GPU users. One of the first monitors to support this technology is BenQ’s latest XL2730Z gaming monitor. We put it through a test drive to see how it performs. 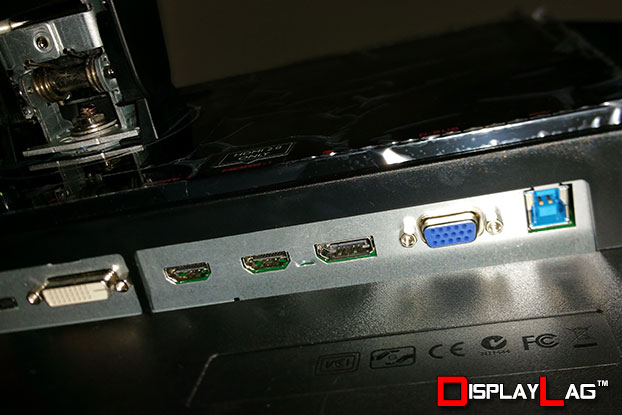 A huge drawback when choosing a G-SYNC monitor is the complete lack of multiple inputs. Some monitors, such as BenQ’s XL2420G, implemented a dual-OS to compensate for this, however most G-SYNC monitors on the market only come fitted with a singular DisplayPort. Input variety is one of the strong suits of AMD FreeSync monitors, with the XL2730Z being no slouch in this department. It comes fitted with D-Sub, DVI-DL, dual HDMI inputs, as well as DisplayPort 1.2 to handle all of your sources. One of the HDMI inputs on this monitor is 2.0, fully supporting the latest graphics cards. 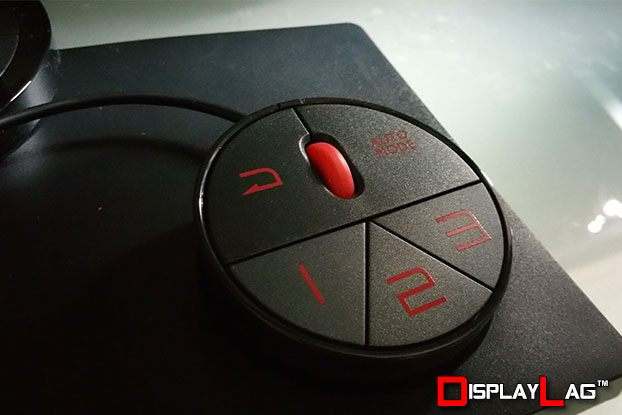 The build quality of the XL2730Z is nothing short of premium. The design concept of the monitor borrows heavily from BenQ’s XL2430T monitor (reviewed by us last year), featuring a full aluminum stand that is cool to the touch. The monitor is incredibly sturdy, and can be tilted, rotated, and lifted as deemed necessary. The XL2730Z also comes with BenQ’s signature S. Switch device, allowing for more precise control of the monitor’s OSD and functionality. The S. Switch retains its circular redesign from the XL2430T, and can be seated onto the groove present on the monitor’s base. 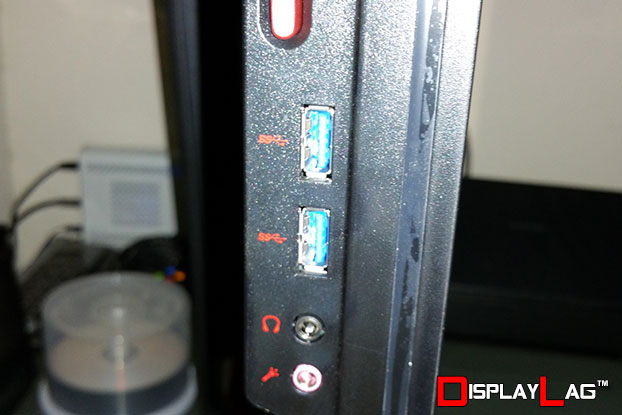 In terms of specifications, the XL2730Z features a 27″ TN panel with a 2560 x 1440 resolution. This panel allows for a maximum refresh rate of 144hz, and also supports AMD’s FreeSync technology to reap the benefits of adaptive refresh rates. The panel is AUO’s M270DTN0 1.0, and also features a REALTEK 2796B scaler, presumably to handle lower resolution content. The native contrast ratio is 1000:1, a standard number amongst TN panels on the market. Unfortunately, no speakers are present on this monitor, though it does include microphone and headphone jacks to compensate for this omission. Audio performance of the headphone jack was tested with my V-Moda M-100 headphones; I’d recommend skipping it entirely. The M-100’s have a rated impedance of 32 Ω (which is quite low), and even with the volume setting maxed out, it doesn’t drive them well. Stick to an external solution such as a sound card to handle your audio needs. To complete the kitchen sink, two USB 3.0 ports are present on the side of the monitor.

Several of BenQ’s recent monitors have gone back to good ol’ physical buttons, and this trend is present on the XL2730Z. If you’ve used any of BenQ’s monitors before, these buttons should be rather familiar to you. The five buttons initially have static menu options, however they can be configured to handle other functions. The buttons are very responsive, allowing for quick menu operation. As mentioned earlier, you can connect the included S. Switch to handle OSD control if you choose to. 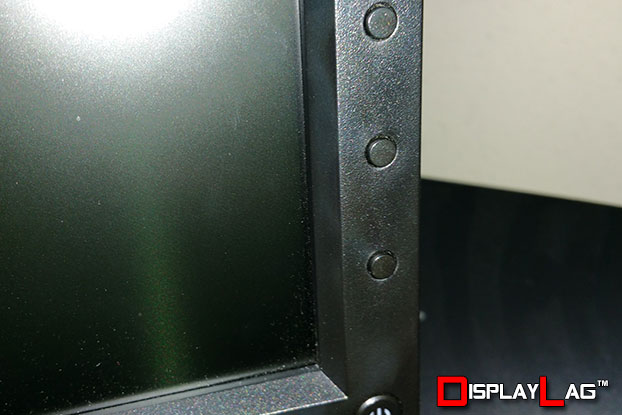 Being one of BenQ’s premium gaming monitors, you can expect tons of functionality within the OSD. A variety of controls to modify picture quality are available, along with gaming-centric features such as Black eQualizer to brighten dark spots. BenQ have done some cleaning up to their traditional OSD, separating the gaming functions from the picture calibration controls. Check the pictures below to see the functionality present within the XL2730Z: 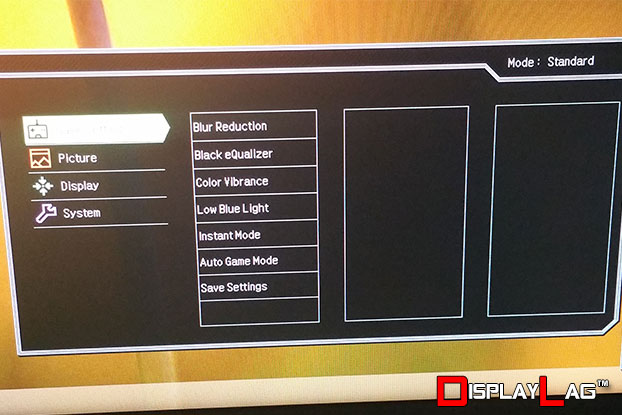 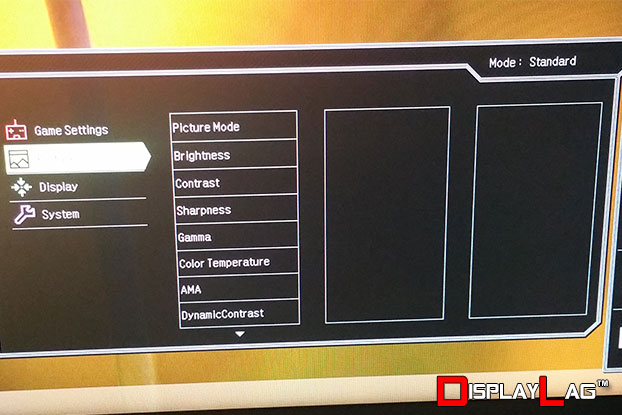 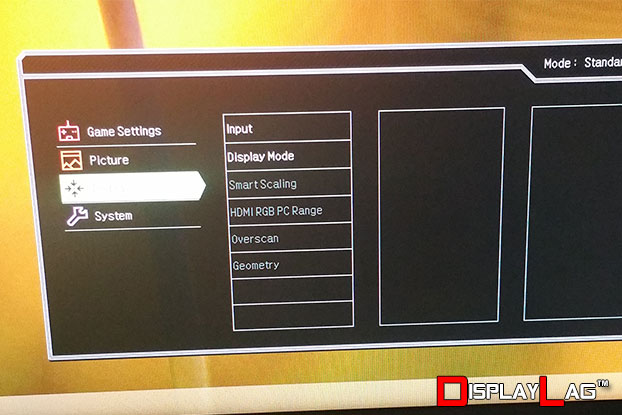 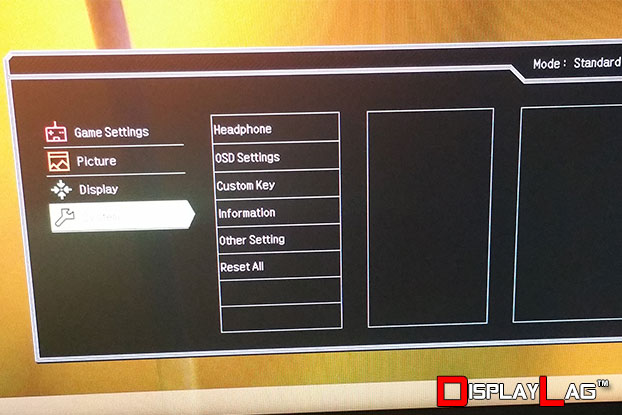 The XL2730Z features a TN panel manufactured by AUO, which quite honestly looks better than most TN panels at first glance. To get an idea of how accurate it can be, I measured the overall uniformity and color accuracy after doing some OSD calibrations without an ICC profile. I calibrated the monitor to approximately 120 cd/m², and measured the panel uniformity to check for variances in brightness. The largest deviations from the center of the screen (on my sample) were the top right and bottom right corners of the screen, with a deviation of -10% from the center luminance. Considering that the corners are mostly ignored under a wide variety of applications, this is a pretty good uniformity result. Without applying an ICC profile, I was also able to achieve a near-perfect 6500 K center white point. I measured a center white point of approximately 6491.38 K. The largest kelvin deviation from the center was -118.459 K, on the bottom left of the screen. Click the pictures below to view the results:

BenQ monitors typically provide the most configuration options under the ‘Standard’ picture mode, and it’s no different here. The ‘Standard’ picture mode allows full configuration of individual RGB levels. Out of the box, the gamma was set 3, which resulted in a gamma very close to 2.2 after tweaking RGB values. Without the use of an ICC profile, you’re going to be looking at fairly decent color reproduction, though they still won’t match the fidelity of an IPS or VA panel. In order to achieve a 120 cd/m² brightness level, the brightness setting was adjusted to 15, with the contrast setting left at the default 50. Before applying an ICC profile, I was able to achieve a contrast ratio of 897:1, as well as a black level of 0.13 cd/m². The detailed report can be seen below: 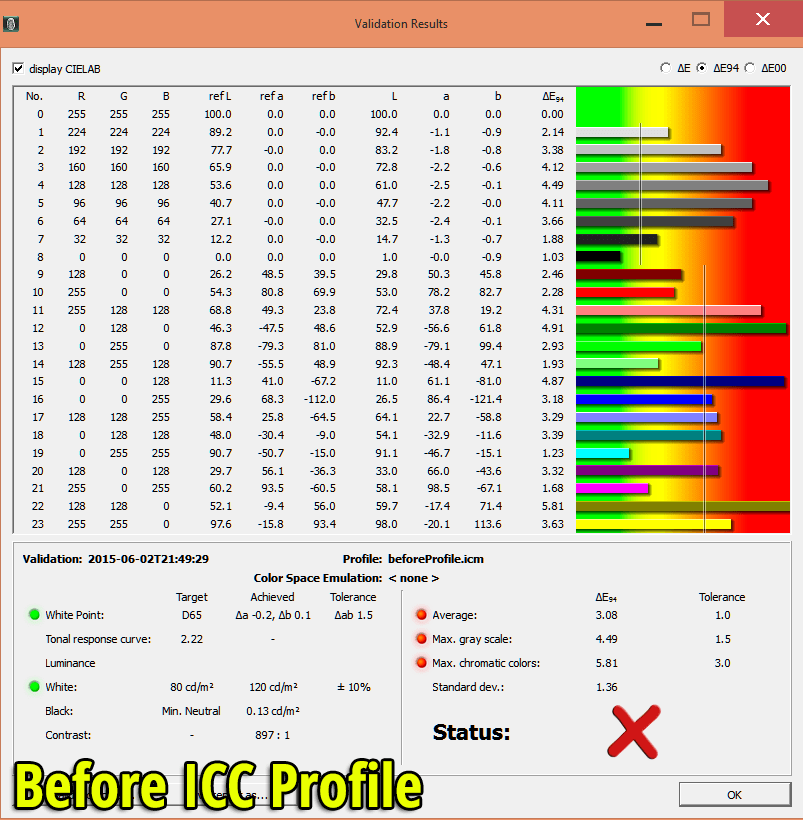 Most monitors are unable to achieve optimal settings using just the OSD controls, and require an additional ICC profile to achieve proper color accuracy. Creating an ICC profile for the BenQ XL2730Z managed to correct the color balance and pass the BasICColor validation test. Contrast ratio was raised slightly to 903:1, still under the specified 1000:1. However, the image looked significantly better with the ICC profile in place. It is highly recommended that you apply it to get the most out of the monitor. The changes can be seen in the image below: 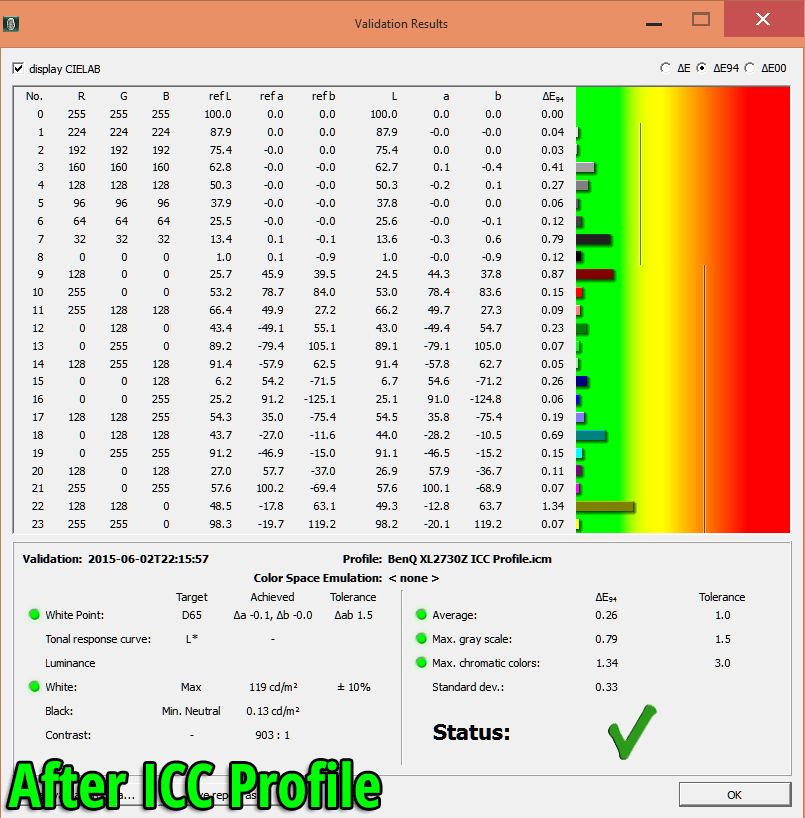 Note: These settings were achieved using an i1 Display Pro, along with X-Rite i1 Profiler and BasICColor software. The GPU used on this monitor was the ASUS Radeon R7 260X, using stock settings. These settings require an additional ICC profile for accuracy. Use these settings at your own discretion, as they may look different on your display.

The XL2730Z surprised me in this regard, and not in a good way. Generally speaking, most TN monitors on the market tend to keep input lag at the bare minimum, including most of BenQ’s lineup. The XL2730Z is an odd duckling, because it only exhibits this higher latency when operating under 60hz mode. Toggling ‘Instant Mode’ didn’t really affect my 60hz measurements, which makes me wonder if the function is operating correctly in its present state. These are the measurements recorded from our lag testing device:

The above test was conducted at 1080p resolution. One could argue that having the monitor upscale the image to 1440p is the reason for the extra delay, but I don’t think that’s the case. Averaging out the numbers above results in an input lag of 22ms under 60hz. Most of BenQ’s monitors that I have tested have not exhibited any additional latency when fed a non-native resolution, and would typically upscale without any additional latency. The increased latency should be imperceptible to most gamers unless you’re playing a game that requires frame-perfect accuracy. This latency is not present at higher refresh rates, or when utilizing the FreeSync capabilities of this monitor. This is only an issue for bare-bones 60hz users.

The big draw towards the XL2730Z is its FreeSync functionality. For those unaware, FreeSync is AMD’s answer to Nvidia’s G-SYNC technology, which largely provides the same benefits: greatly reduced input lag, no stuttering, and an overall smoother gaming experience. It’s hard to go back to regular V-Sync when you have experienced adaptive refresh rate technology. The great thing about FreeSync is that there are no licensing costs, nor does it force a monitor to only have a singular input (unlike G-SYNC). Nvidia is sticking to G-SYNC entirely, and have not provided support for Adaptive-Sync/FreeSync through their drivers. This will unfortunately fragment the market.

So how did the XL2730Z fare? Quite well, however there is a serious bug that users need to know about. XL2730Z units manufactured earlier this year have a bug under DisplayPort that prevents AMA from being utilized. This makes a rather big difference in terms of response time, where things appear blurrier than they should. Simply connecting the XL2730Z to a FreeSync-capable GPU under DisplayPort is enough to trigger the issue. It doesn’t occur when utilizing HDMI or DVI inputs. BenQ is currently accepting affected XL2730Z units to perform a firmware upgrade that fixes the issue. Outside of this bug, the monitor performs excellent. I mentioned earlier that there is latency present when utilizing the monitor under 60hz, howevever this isn’t an issue when using the higher refresh rates this monitor is capable of. To showcase this, I booted up Ultra Street Fighter IV while enabling FreeSync and disabling in-game V-Sync. The benefits can be seen in the video below:

The test above showcases the latency reduction while FreeSync is active: 3.5 frames of input latency, which is almost identical to V-Sync OFF! Anyone that considers themselves a serious gamer will greatly benefit from enabling FreeSync. Lowered input latency can boost reaction times, improve movement, as well as combo timings. Without FreeSync, input lag in a game like Ultra Street Fighter IV can go as high as 7 frames when compared to FreeSync/V-Sync OFF.

The XL2730Z is definitely a contender when it comes to handling fast motion. By default, we all know that setting the monitor to higher refresh rates will reduce motion blur. The AMA function of the XL2730Z allows for lower response times through panel overdrive. Additionally, BenQ’s ‘Blur Reduction’ mode enables a strobing backlight which cuts down on ghosting even further. I don’t recommend enabling the ‘Blur Reduction’ function on refresh rates below 120hz, as it will cause noticeable issues (such as flickering and stuttering). There are several combinations to use with this monitor, though I recommend a few:

There is a trade off you have to make, unfortunately. FreeSync and Blur Reduction cannot be combined, so you will have to make a choice between them. If you value no stuttering and lower input lag, enable FreeSync and set AMA to High (on upgraded XL2730Z units with the bug removed). If a ghost-free image is most important, then increase your refresh rate to at least 120hz and enable ‘Blur Reduction’ to significantly reduce motion blur. Keep in mind that your peak brightness will be capped if you choose to do this.